Applications for the Nuremberg Moot Court 2022

Applications for the Nuremberg Moot Court 2022 are now closed

The competition will take place in Nuremberg, Germany, from 1 to 15 July 2022 (subject to the lifting of public health and travel restrictions). The application period ended on 17 January 2022. Selected teams will be informed on 31 January 2022.

The Nuremberg Moot Court is an international competition, held in English in Nuremberg, Germany. University teams from all over the world are invited to argue a fictitious case before the "International Criminal Court" during a three-day competition. A moot court is a simulated court proceeding which invites students of law to compete based on their oral and written legal argumentation and presentation, from both the prosecution and defense positions.

Dissecting both complex procedural and substantive issues of international criminal law, students are given the unique opportunity to develop their skills and plead at the historic Courtroom 600 in the Nuremberg Palace of Justice, where the Nuremberg Trials against the major Nazi war criminals took place.

This location allows students to practice international criminal law at its very birthplace, offering both a historical and educational experience.

The organisers collaborate with highly esteemed professionals, such as national and international judges, academics, and other legal practitioners.

For more information and instant update about the Nuremberg Moot Court, check our Facebook page. The page is accessible to all, including those with no Facebook accounts. 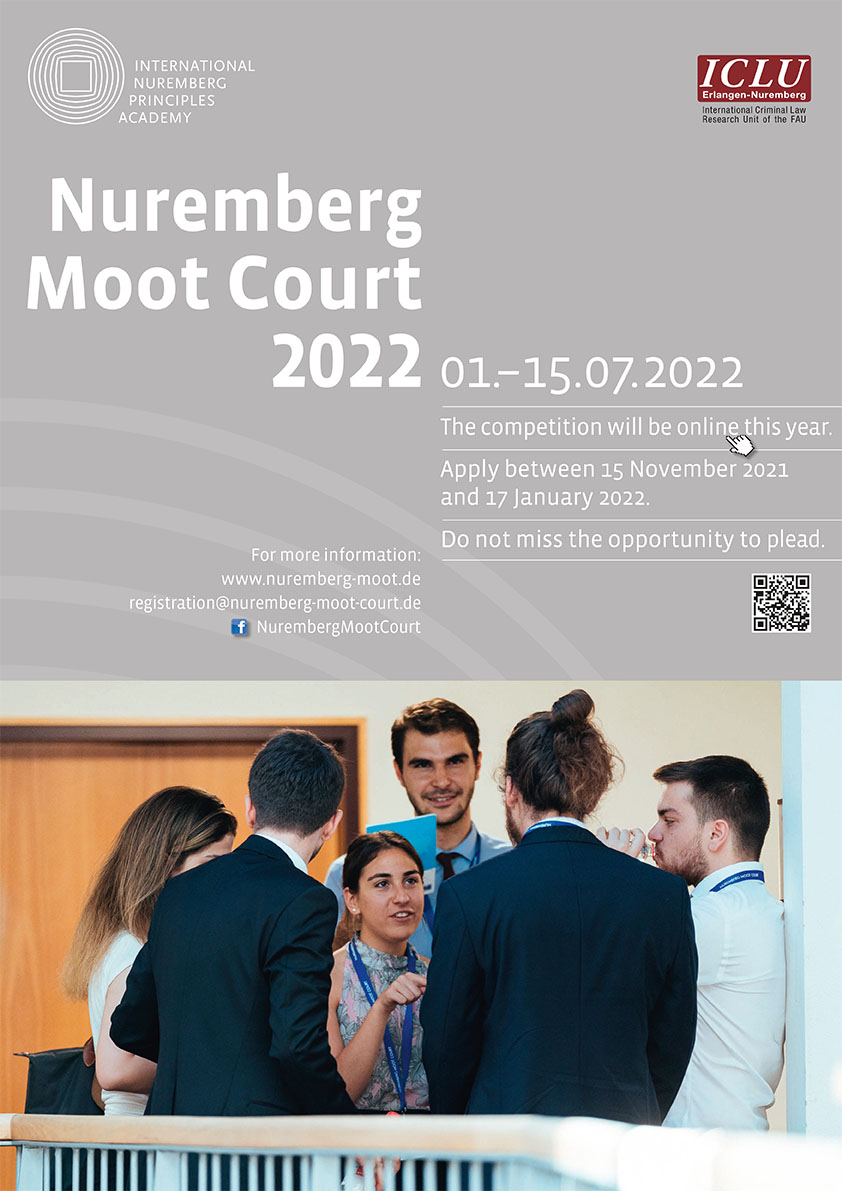 The Nuremberg Principles are a set of guidelines for determining what constitutes a war crime.

The Nuremberg Trials were a series of military tribunals held by the Allied forces after World War II.